An epidemic of bacterial and viral infections exists in America, killing hundreds of thousands of people every year, yet relatively few people are talking about it. It’s the leading cause of death in America, and we can stop it immediately. There are few companies that can make that claim. We at XSTREAM Infection Control can.

CDC estimates that 700,000 deaths and 6.4 million infections occur every year in facilities like long-term care facilities and hospitals. Doctors testifying before a U.S. Senate committee in 2014 stated that conditions had not improved in 15 years. The fundamental reason for this continuing epidemic is the inability of healthcare facilities to control the environment. Massive amounts of bacteria, viruses, and pathogens are introduced into these facilities by outside sources such as humans, and they are constantly moving and growing within a facility. If they are killed in one area using current technology, there is a high probability the area will be repopulated with bacteria in a short period of time. These bacteria are everywhere: on surfaces, furniture, linens, clothing, remote controls, curtains, food trays, and more. Killing these pathogens with current methods is an unwinnable battle.

The situation is tragic. It need not be. People go into a facility for one situation, and they end up suffering—or dying—from something else. Take Stephanie C., for instance, a 27-year-old mother of one who died from an infection after a C-section and giving birth to twins. The children will now be raised by their grandparents. Or the case of an eleven-year-old New Jersey boy who died at summer camp after contracting Neisseria meningitides. The camp tested positive for bacteria that caused meningitis and sepsis. These are situations that are totally unexpected, and worse yet, they are avoidable. The extent of the problem is not widely known.

XSTREAM Infection Control has worked with scientists and developed independent systems to solve this problem. Through research performed at two internationally-known testing centers over the last five years, with published results in peer-reviewed articles, Xstream has produced environmental units that can make facilities virtually bacteria free 24/7/365.

The XSTREAM Infection Control system is not an air filter or an air purification system. The XSTREAM disinfecting system creates 16.4 billion ions per minute through its patent-pending reactor core and is 20-50 times more effective over previous ion technology.

Previous generations of industry technology have been used at DoD and other medical facilities such as Acenture Hospital Systems. For the health care industry, preventing infection in one patient will pay for the equipment from XSTREAM. The XSTREAM 2000 system enables a facility to be proactive rather than reactive with respect to its patients, residents, occupants, and employees.

This is a $30 billion dollar problem domestically. Imagine the savings to health institutions if they could avoid this cost. The cost of infection prevention is only $7 a day for an 8,000 square foot area, $7 a day to prevent tragedy and mental anguish while maintaining a healthy environment. Let’s stop the epidemic now.

The only company Identifying EVERY Bacteria, Virus, Fungus & Parasite in ONE Test
Have Joined XSTREAM® Infection Control in a Strategic Partnership to Help
Long-term care facilities combat infections.


LEARN MORE ABOUT THIS PARTNERSHIP

We have helped over "350 doctors and more than 1,000 patients from 18 countries" get the answers they NEED.

If YOU or someone you know is suffering from a chronic illness, we are here to help you finally get ANSWERS.

This is why Established; Consumer Technology Association has rated us
as the 2018 Start Up of the Year. 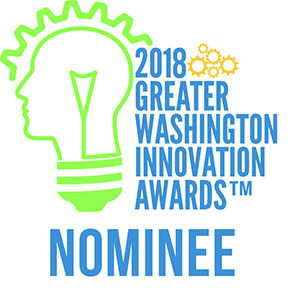